About a month or so ago, I contacted Ring UK to ask if I could review their video doorbell device. They were extremely kind enough to send me a device and a chime doorbell in return for my honest review.  Below are my thoughts on the device based on what I have experienced so far. Please keep in mind that anything I review on this blog is given honest feedback both good & bad based on my experience. Here is my review on the Ring Video Doorbell.

I was sent the device and really couldn’t wait to start using it. I eagerly opened my parcel and pulled out all of the contents. On first glance, it all looked a bit overwhelming and I did wonder if I would actually be able to install all of this myself but in fact, it was all too easy.

Now, I have to say that Ring has scored additional bonus points with me….They have actually thought of EVERYTHING! Not only do they provide plates to mount your ring device on angels i.e if you live at the top of some stairs or on an angle, you can mount the device to the angled plates, they provide all the necessary screws but here’s where the bonus points come in….They provided me the drill bit, a mini spirit level and a screwdriver! So you don’t need to go hunting in your garage or shed for the right tools! 10 brownie points for you Ring!!

Now, as I said it all looks overwhelming but simply pick up your Quick Setup Guide and start working your way through it. It tells you everything you need to do

The next stage was to try and attach the device in the correct position outside, in order to do this we had the video on live view. One of us held the phone and the other placed the device on the wall to determine the optimal position. Once we had determined this we marked the position with chalk. We then marked all the drill holes that were needed to be drilled into the wall.

For someone who is not very good at DIY and who has very little faith in her partner who ‘thinks’ he knows it all. This was extremely easy and stress-free….and not a crossed word or swear word passed our lips! The only thing we needed was the relevant drill.

Installation complete! As well as the video doorbell, we were kindly sent the plug-in chime also which we were able to plug into any room in our house so that we could hear the alerts in the house as well as on the phone. The fun part was selecting the chimes. We had fun watching my little Chihuahua Reggie look frantically in the hallway when the dog bark chime was selected.

So, how does it all work?

Once installed, the ring device connects to your home Wi-Fi network and sends real-time live video to your phone or tablet. Ois an option for ‘Live view’ so that no matter where you are you can see what’s going on. The video doorbell also has motion sensors. You can select which areas you want the motion sensors to detect, this can be up to approx 30 feet. You can then choose the frequency of the motion detector notifications as well as set them on a timer. If someone comes within the range you have set on your motion sensor and you have notifications switched on it will send you a notification to your device as well as start recording. You can then watch it live or at a later date.

Since installing the Ring Doorbell It has given me complete peace of mind especially as the crime in my area has been on the rise. The device acts as a deterrent to anyone who recognises it but if the device goes un-noticed by anyone who is lurking around, I will be alerted to their presence by the motion detector and I can even speak to them from wherever I am due to the two-way sound and mic on the device and app.

I would say that a good strong wifi network is needed for this device. I am currently with EE and have the chime pro which I believe acts as a wifi extender too. The picture quality playback is very good and clear at dusk it will switch to night vision which can vary in quality but still clear enough to see what’s going on.

One thing I have found is that when getting a motion detection notification, by the time I have clicked on the notification and the screen loads up the motion has since gone. I then have to wait a moment before I can play it back. I’ve recently changed from an iPhone 6s to a brand new 7 so I will monitor this and see if it makes a difference.  I also need to have a play around with the motion zones to see how far I want the motion detector to start recording. I don’t want to be notified of every car that passes but I do want to know if someone comes down my driveway.

What are my thoughts?

Having read a lot of the reviews about the ring doorbell, they are very mixed.

The device is a great , it IS doing the job it is supposed to be doing. I am pleased to say that nothing has happened to my property or neighbours property since installing the device which is good news for me but not so good for this review!

I even managed to leave a parcel on the doorstep for the courier to collect which was successful.

It’s been handy at times too, My son thinks it’s great to pull faces at the camera when waiting for one of us to answer the door. Every morning when he leaves for school he will leave me a little message which is nice. When my partner has come home from work in the early hours of the morning I can sometimes as him to bring me up a cup of tea! 🙂 I’ve made him jump a few times too!… I can’t wait for deterrent!

I’ve since purchased another device and setup for my elderly grandmother, when I spoke to her about it she felt it would offer her complete peace of mind. Not only that but her my mother & uncle can download the app and see who is at her property if people are calling late or unexpected. They can also speak to any strangers from their device without my grandmother even having to open her door. This is due to be installed this week. I will, of course, write up a follow up about this to see how the device makes her feel after a few weeks. I’m sure it will give her great peace of mind.

I’ve decided to write a follow up to this review in about 6 months time because I am still getting used to it all and haven’t quite got the settings where I want them. Also, it allows me to monitor the charge of the battery, the consistency in quality and if it remains trouble-free.

I’d love to know your thoughts if you have one of these or If you are thinking of getting one then please post any questions below and I’ll do my best to help.

I don’t think I could go back to being without my Ring Doorbell. Luckily and touching wood It has not captured any kind of criminal activity (which I am very pleased about) but I am pretty confident enough to say that it has probably been a deterrent as the ring devices are widely recognised these days. It has however captured some funny moments on a personal level.

A dispute with a courier company has been resolved in my favour due to evidence caught on the ring device. Another resident in my road also had his car stolen one day (yes broad daylight) although my device didn’t capture the crime. I was able to give an rough estimation of the time of the crime due to motion recordings of my own showing the car present on their driveway until a certain time. A later capture showed it was no longer there so I was able to let them know that the crime happened after 1pm but before 3pm according to the capture log.

I’ve since gone on to purchase a device for my elderly grandmother and an uncle has purchased one too. My grandmother feels very much at ease since having the device installed and other family members have access to the app and can see who is at her door and speak on her behalf through the app if anything is a little untoward.

I highly recommend this product to anyone looking for extra added security to their home or business.

**Disclosure** This item was gifted in return for my review. I pride myself in writing honestly about anything I review regardless of it being gifted or paid for. The review is my own and I have not been advised on what or how to write this. If the product is good I will state why. If it is not good I will also tell you why I think so. 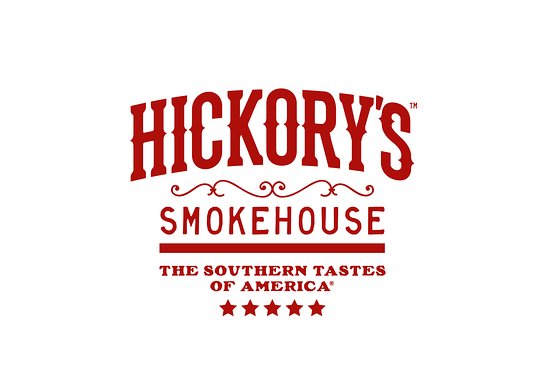